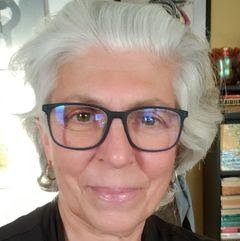 Ms. Sayko’s background includes two decades of executive management in technology, healthcare, and human services. In addition to a BA degree in Psychology and Master’s work in Organizational Development, she has completed training on cognitive rehabilitation, assistive technologies, and traumatic brain injury in veterans.

Currently, Ms. Sayko is the Executive Director of a non-profit in the mental health arena and the founder and president of Cognitive Compass (cognitivecompass.com), a company that provides consulting services to support the employment of individuals with cognitive disabilities. Ms. Sayko serves on the board of The Brain Injury Association of Pennsylvania and is a member of the Brain Injury Coalition.  She was appointed by Governor Wolf to serve on the Governor’s Advisory Committee for People with Disabilities and has in the past played a role in developing policy at both a state and national level. Ms. Sayko has written several articles on business and cognitive disability and has been cited in Forbes, The Huffington Post, and The Guardian. 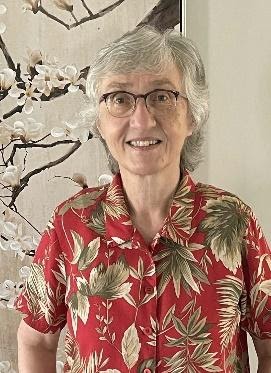 Marlies was introduced to MLUC by a friend in 2004 and was thoroughly impressed by MLUC’s open-minded search for spirituality and meaning, without the pretense that we have all the answers. This led her directly into the church school program, where she taught for 3 years.
With an educational background in Economics and Business and a career in the non-profit world, she soon found herself working as the MLUC Accountant for several years and then became a member of the Finance and Audit Committees. Currently, she is serving on the Legacy and Endowment Committee and finds it refreshing to see how our seven principles reshape everything, even rather dry financial matters.
Marlies’ other activities at MLUC have included ushering, planting trees, helping with the auction, and volunteering as a Planned Parenthood escort through the Reproductive Justice task force. She has also been one of the members of the Used Bookstore team for the last few years, and says “I can’t wait to get back into our building and dust off the shelves!”
Her favorite aspect of church life is the Small Group Program. As an admitted introvert, Marlies enjoys the strong sense of community, respectful listening, and the thoughtful discussions that happen in her group’s sessions.
She loves to spend her spare time with her two daughters here in the area, with her family in Germany, and birdwatching in our National Parks. 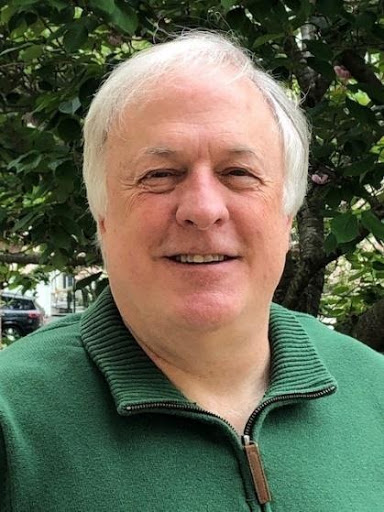 Mark and his wife Julia have been members at MLUC for 15 years.   They live in Collegeville, where they relocated from Radnor three years ago. Their two grown children, Joan and Jason, were active church participants throughout their youth in Faith Development and associated activities.

Mark has been a member of the UU Community Weekend planning team, working behind the scenes to coordinate all aspects of Canadensis registration (electronic, budget, registrant feedback, board feedback), as well as contributing to overall strategic decisions. Mark taught Faith Development classes, including Neighboring Faiths, and values how this experience encouraged him to further listen to and embrace different viewpoints.

Raised into the United Methodist Church, where his father is a longtime Board of Trustee member, Mark is happy to have found a church home that reflects his values and beliefs. Mark received his bachelor’s degree from MIT, his Ph.D. from Penn State, and has worked for GlaxoSmithKline for over 30 years, leading teams of researchers in computational biology, giving generously of his time to help other groups accomplish their goals.

Mark and his wife Julia enjoy traveling, hiking, and kayaking. Mark is also a passionate baseball fan and music collector and looks forward to again listening live to the wide variety of talented musicians at MLUC. 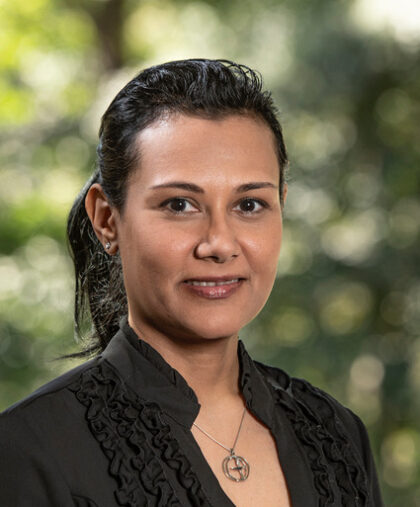 Yassara became a member of MLUC in 2015, having long searched for a non-denominational community centered around action. She has been active with Interfaith Hospitality Network (IHN), ushering, Small Group Ministry (SGM), AFE, and Worship Visuals in some capacity since joining the church. She received her undergraduate degree from Villanova University, her graduate degree from the University of Pennsylvania, and is currently teaching Physics and Prob/Stat. She is also presently back in graduate school, working toward a STEM Endorsement at Immaculata University. When not doing church, Yassara loves learning, reading, creating art, crafting, hiking, and volunteering. Some of her volunteerism includes the following: the Blind Dog Rescue Alliance, Conshohocken Environmental tree planting, Missionary Sisters of Charity soup kitchen (lasagna weekends only), Eldernet, and Subaru’s United By Blue Water cleanup, to name a few. 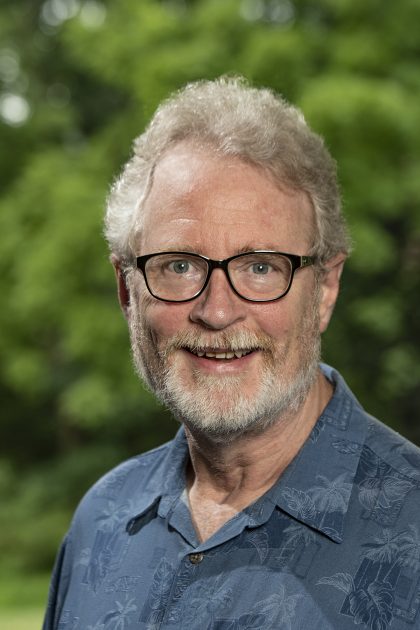 Jansen was four years old when his parents, Doug and Nancy Wendell, helped establish the Main Line Unitarian Church. He has been a member ever since. He attended religious education (RE) classes through his teen years and credited his experience in the youth group with having an important role in forming his sense of self. He and his wife, Elisa Lang, were married at MLUC and served as youth advisors for two years. They raised their daughter Rosalee (Lee) in the RE program. Jansen had been a painting contractor for many years, but his work on the Youth/Adult Committee drew him to pursue a career change into religious education. For 15 years, he served several UU churches in the region before retiring last year. He is an avid fiddler, mandolinist, and singer, playing in several bands that regularly perform for MLUC services. 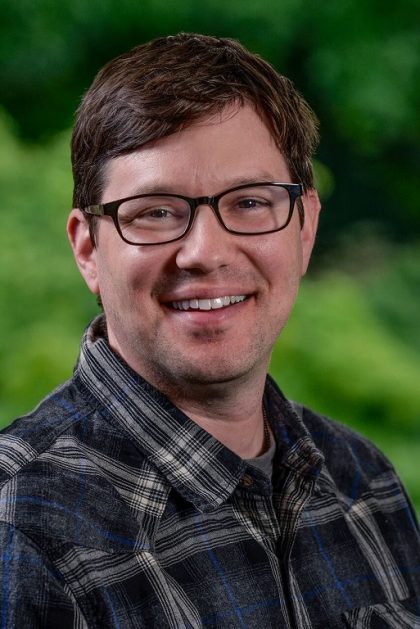 Rick has been a member at MLUC since 2010. He and his wife, Beth, were initially drawn to MLUC as a congregation welcoming to two people raised in different faith traditions. They were most poignantly drawn into our faith by a children’s Coming of Age service—soon after joining and enrolling their son Kyle in religious education classes at MLUC.
Rick quickly signed onto the teaching team, too—at first participating in the Spirit Play program and then branching out to work with other ages. Rick is still teaching RE and sometimes still teaching in his son’s classes. His role in religious education has also extended beyond the classroom as he currently serves on the youth faith development committee.
Rick’s passion for social action kept him active in this arena too. He initially joined the Green Sanctuary environmental group at MLUC and co-chaired the committee for several years alongside Mary Kane. His fondest memories are of organizing and participating in activities for the benefit of the community, like stream cleanups and community gardening. He is also quite proud of the time he spent on the board trustees as they worked to expand our vision for social justice at MLUC and further develop our churchwide commitment to the fulfillment of our mission.
Prior to serving on the board of trustees, Rick also participated in the strategic planning committee, which engaged the board and our congregation in many of the first steps we took toward a more nuanced fulfillment of our church mission.
When not at MLUC, Rick especially enjoys unwinding at the piano, playing chess, taking long hikes with his family and the dog, and winning (or losing) fun family board games. 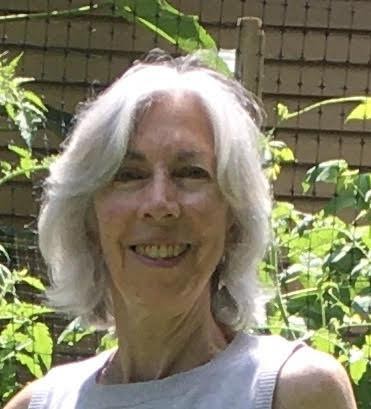 I grew up in South Philly in a devout Catholic family and attended a
small all-girl school in Center City. Then went to Penn State University, where I majored in English Literature. There I met Ron, and we are married for 52 years now.
In the beginning, I worked at JCPenney’s then enjoyed teaching at Lehigh Elementary in Philadelphia for a short time before giving birth to our daughter Deanna.

After moving to the area, we sought out a Unitarian church when a friend and former nun said that my religious philosophy matched this faith.  Deanna, then 7, and Megan, 3, attended RE throughout their youth; prior, we had been attending the Catholic Church religiously!

I later graduated from Jefferson University with a BSN and worked in hospital and office nursing. Then became a Physician Assistant through Hahnemann University’s program and was employed in family practice and occupational medicine.
We are also members of the small UUCH church in Hagerstown, Maryland, where we lived for 12 1/2 years and returned to Wayne in 2000.
At MLUC, I’ve served:  on the RE Committee as Secretary, taught elementary ages and in the youth program;  on the Environmental Committee, and on the Auction Team.
At UUCH, I was Chair of the Worship Committee, on the Nominating Committee, Environmental, and Auction Committees.
I have also enjoyed volunteering as a PA at a clinic, raising vegetable gardens, caring and playing with our grandchildren, yoga, cooking, walking, biking, dancing, and meditation. 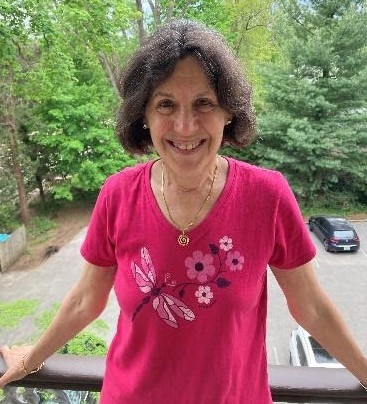 Valerie first visited MLUC with her husband, Gary Geoghegan, in 2016 and joined in 2017. Before that, Valerie and Gary had been
members of UU churches for about twenty years in both New York City and Summit, New Jersey.
In college and beyond, Valerie studied both Economics and Mathematics. She worked as an economist for many years in the
private sector, including 14 years at AT&T working in strategic pricing and doing economic and statistical modeling. Later,
Valerie turned to teach, and she taught Mathematics at Bard High School Early College in New York City. For the past 5 years, Valerie has taught Mathematics part-time at Drexel University.
Since coming to MLUC, Valerie has been an enthusiastic participant in her Small Group Ministry,Greenstriping, and the Insight Book Club. More recently, Valerie has been active on the Coping with Covid Committee and has begun gardening at MLUC as a novice gardener.
In her spare time, Valerie enjoys doing puzzles, traveling to exotic places, and hiking in National Parks. Since the Covid-19 pandemic began, Valerie has discovered some wonderful hiking in Pennsylvania and New York State parks and has enjoyed daily walking in her neighborhood. She also serves on the board of trustees for her condo association. 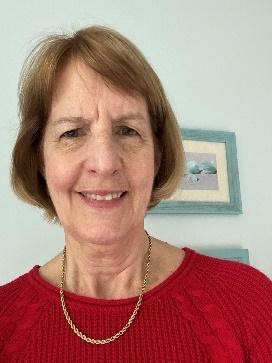 Nancy McDowell joined MLUC with her husband Peter and two young children in 2002, having just moved from Summit New Jersey, where
they were members of the UU Church. They were thrilled to find a welcome community and a caring place for their children.
Shortly after her kids joined the RE Program, she realized she could give back by becoming an RE teacher. This worked well since her full- time job running a private investment company was all-consuming during the week. Eventually, she was asked to join the RE Committee to help shape the curriculum and appreciate/honor the teachers for their volunteer work.
Tochwogh became a vital part of the McDowells’ Labor Day tradition, with the kids bonding with other UU kids as well as nature and the adult community. Her kids (Tyler, now age 24, and Julia, age 21) were both active members and played leadership roles in YRUU, with lasting friends. Nancy feels this exposure to the UU community has been life-changing for them. The most fun for her was to be a Youth Advisor during the YRUU sojourn to General Assembly in Providence.
Eventually, Nancy was asked to be on the MLUC Board. After a very tough year (Justin transition), she and the following year’s Board welcomed a two-year interim minister. She—and the entire Board—took a major leap to support the interim to kick off an aggressive Capital Campaign—somewhat unprecedented but necessary and highly successful. After three years on the Board, she briefly joined Dana Wiley to continue the progress of the Capital Campaign as co-Chair.
After a brief hiatus, she joined the newly formed, board-sponsored Qc2 committee and eventually chaired that committee for two years.
She looks forward to retirement at the end of the year, giving her more time to just breathe!