Join us in-person or online Sundays for worship and more. Check our calendar for other meetings.

MLUC is proud to be partnered with the Várfalva Unitarian Church. Our partnership began in 1992 and continues to be renewed through visits and regular communication. In 2002, the members and friends of our church signed a covenant promising “to nurture a partnership based on friendship, respect, and mutual support.” For more information, contact Bonnie Marzolf or Jane LaMotte.

On February 28, 2021, Rev. Barabás Zsolt, minister of our partner church, preached a sermon titled “Love and Friendship Know No Borders” for our annual Partner Church Sunday. For a video of the entire service, which features the music of the Hungarian Unitarian composer Béla Bartók by the cellists James and Wendy Schmid and a Story for All Ages about gifts we have exchanged with our partners, click here.

An article written by MLUC member Barbara Weber entitled, “Experience the Partnership: Planning a Visit from Our Partners,” was published in the Winter 2014 issue of Partner Church News. The piece reminds us of our wonderful visit and offers a blueprint for other congregations that are planning visits by delegations from their partner churches. 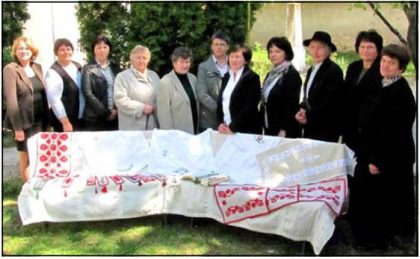 In August 2013, thirteen MLUC members enjoyed a pilgrimage to Transylvania, Romania, to explore the roots of Unitarianism. Travelers spent four days visiting with the members of our Partner Church in their homes in Várfalva and joined them in a traditional village celebration, led by the Unitarian bishop of Transylvania, of the 400th anniversary of the use of the word “Unitarian” on their church. A carved oak plaque showing the Várfalva church and the inscription was given to us as a gift during this trip.

The pilgrims also visited the city of Kolozsvár, where the Transylvanian Unitarian Church has its headquarters and students from Várfalva attend high school. They saw the rock where Francis David stood when he “converted the whole town’s population to Unitarianism.” And they visited the city of Törda, where the first act of religious tolerance in Europe was signed in 1568, and Gyulafehérvár, where the Unitarian king Sigismund is entombed in a thousand-year old cathedral. 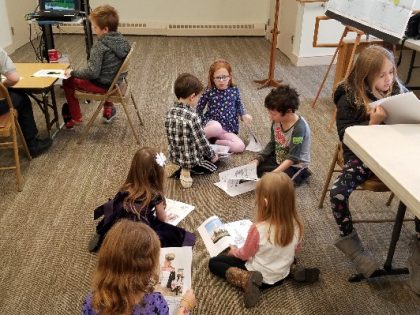 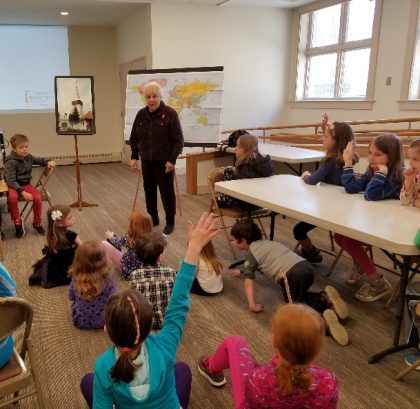 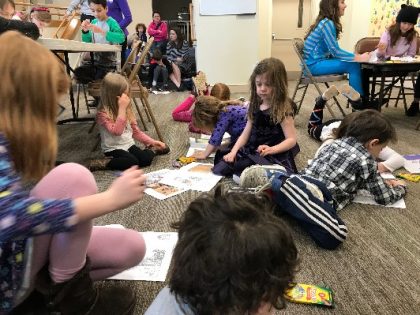 The children in our Faith Development program in grades K–5 learned about our Partner Church on a recent Faith in Action Sunday. Aided by members of the Partner Church Committee, they studied a map to find Romania and saw slides of the Unitarian Church of Várfalva and the surrounding village and countryside. Each child received a booklet that tells the story of our partnership. The booklets contain a map, photographs, and images that the children colored.

The Várfalva church was the first in Transylvania to take the name “Unitarian,” not long after King John II Sigismund of Hungary issued the Edict of Torda in 1568, the first known guarantee of religious freedom in Europe. Transylvania, once a separate principality and later a region of Hungary, was ceded to Romania after World War I. The congregation of our partner church speaks Hungarian and retains their Hungarian culture.

Unitarianism traces its roots to 16th-century Transylvania. There, a theologian named Francis David converted the king and much of the population to a radical theology that espoused the oneness of God and the humanity of Jesus and held up reason and tolerance as the pillars of its faith. Our Unitarian brothers and sisters in Transylvania have suffered centuries of persecution that began after the death of King John II Sigismund, but they have kept their faith.

Today, some 60,000 Unitarians live in Transylvania. Many of their approximately 120 churches are paired with a UU partner church. Although their religious beliefs and church services are more traditional than ours, we all share some basic values and principles:

The use of reason in matters of faith

Belief in absolute freedom of conscience

The villages, towns, and cities of Transylvania, an area about the size of the state of Indiana, are set in a lovely hilly and forested landscape. The people open their hearts and homes to their partners in faith from across the ocean. Many Unitarian families farm land that has been passed down for generations. They still struggle to recover from the effects of more than 40 years of rule by Communists, who oppressed all religious groups but especially Unitarians because of their Hungarian ancestry and their devotion to freedom of thought.

Here are some examples of what partners do: